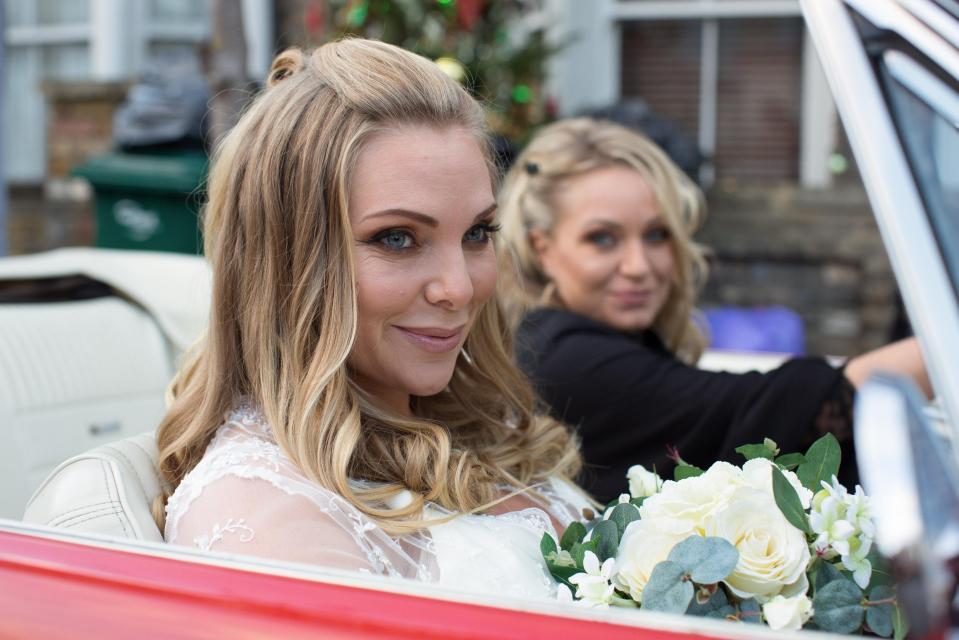 Before I say anything, this episode almost hit me as hard as when Ned Stark got his head chopped off (oops spoiler).

For you Eastenders fans out there I’m sorry to say that it’s time to say goodbye to perhaps one of the most iconic sister acts in soap history, Veronica and Roxanne Mitchell. Now whenever a beloved character is killed off on a television show there’s always back lash. “I’m never watching this again”, “Let’s boycott “said” show”, “How will I explain this to my children?” and so on. And even though I loved the sisters, more specifically Ronnie, I do believe that in terms of themes and story this was in fact a fitting end to two much loved characters.

Before I go into that though I just want to quickly talk about my thought process throughout the whole episode. Because I’ve studied television for the past 4 years of my life I find myself normally correctly predicting what will happen in a television show. I have come to learn that soaps are perhaps the most predictable, except for the whole Mick being Shirley’s son, I did not see that coming. Anyway I watched the episode a day late so I knew something went down but I just wasn’t sure what. No Eastenders wedding goes off without a hitch, unless it’s Lee and Whitney’s wedding which was just a bore fest. So I prepared myself for something dire to happen and as the episode progressed about 10/15 minutes in everything was a bit too happy. Have you guys noticed yet that when someone’s life is going a bit too great they normally end up dead. Trust me it’s a full proof theory. You didn’t think that Jack, Ronnie and Roxy were going to ride off into the Ongar sunset did you? 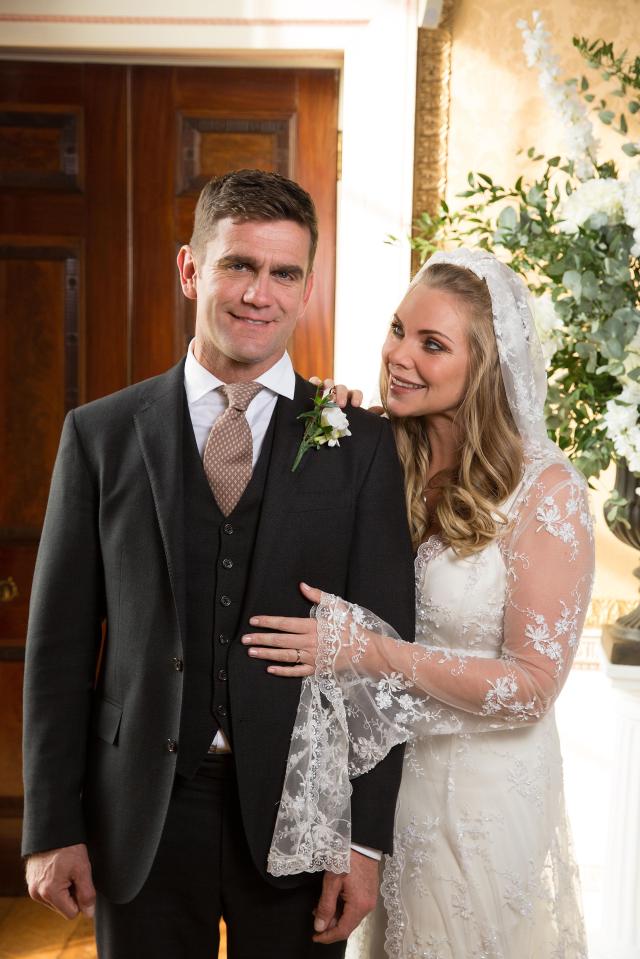 Well anyway so my prediction was that Roxy was definitely a gonna. Her demise had been building up for weeks and seeing Ronnie deal with the death of someone she loved so much I think would’ve made for some great TV. Ronnie is perhaps the most tragic and complex character to ever grace the world of soaps, I mean she was abused by her dad, lost her baby, got put in jail, killed a scumbag, she just never gets a break. So seeing how she would have dealt with such a traumatic experience, I think, would’ve been a predictable choice but also an effective one. So while I watched the rest of the episode I was just thinking how the axe was going to drop. Drug overdose maybe?

HOWEVER I’ve got to admit I did do a complete 180 and for a moment I thought that maybe Ronnie would get her happy ending. How wrong I was. My Red Wedding moment was when Honey came and said Amy and Ricky wanted Jack to read them a story. Cue Cinderella voice-over. Everything was just a bit too bleak at that point and I knew Roxy’s time was up. I thought she’d meet her end when they sat on the roof with a bottle of champagne. A small fall and splat! At this moment I still thought Roxy was a dead woman walking but when Ronnie slipped my mind was like “hang on” what if it’s Ronnie who dies. Not only that but Ronnie dies and it’s Roxy’s fault. Jack had been warning Ronnie for weeks how Roxy brings them down and this would have been the ultimate price to pay.

But thankfully when we left the roof, although I knew there was impending doom, I was just wishing Ronnie could go and consummate her marriage and Roxy could go and deal with a reborn Max Branning. But no, they just had to go swimming. Then with all the shots of the clock. I mean they pretty much shoved it in your face towards the end, time was running out for what I thought would be 1 sister. So when Roxie entered the pool and didn’t resurface I thought that was it! BUT OH NO! Eastenders does a Walking Dead on us and decides to kill off perhaps my favourite character on the damn show. However while Ronnie tried to save her sister I did have hope. I mean do you remember the time Ronnie died for a few seconds then came back to life? 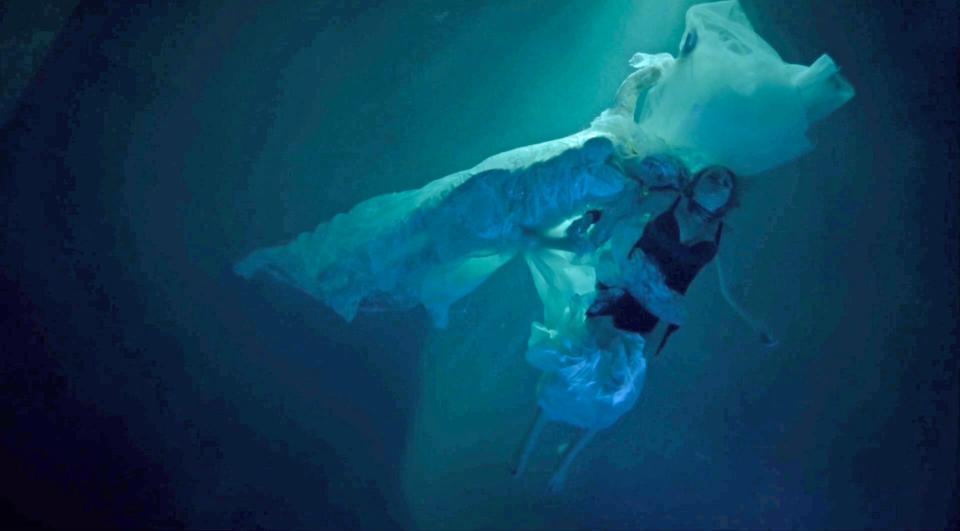 I would have been fine with just Roxy dying. That would have still been a major shock and the ramifications would make for an interesting year on the square. As Ronnie desperately tried to save her sister I just kept thinking “surely not”. But with anything I show to truly believe someone is dead I needed to see a body and Eastenders delivered in artistic fashion. The last image of Ronnie and Roxy’s bodies floating in a watery abyss was both beautiful and heartbreaking. But it did leave me wondering, was her dress actually that heavy?

Looking back now though it makes perfect sense that Ronnie died trying to save her sister and if Ronnie was going to die this is the only way Eastenders could’ve done it. Let’s start off by saying the sisters were done justice and were given full recognition of how important they have been to the soap in recent years. Their storyline came on a New Years episode which after Christmas is perhaps one of the most watched episodes. Not to mention the episode was directed in a way that Eastenders have never done before. I mean that party scene was almost of cinematic quality.

But more on the sisters, the basis of their relationship has always been Ronnie being willing to do anything to protect her sister. She’s killed for her, so the next step had to be dying for her. Roxy had proven that she had given up on herself almost as if she was too far gone to be saved but even til the end there will always be one person willing to take the plunge (pardon the pun). The last image of Ronnie’s veil around Roxy was so symb
olic and the perfect way to end their story.

But let’s not forget that the sisters did have one last rendezvous before they met a watery grave. The scenes between the sisters leading up to the death were a perfect homage to not only the characters but also the actresses, Sam Womack and Rita Simons, who give top notch performances in their final episode. And your heart sinks some more when you think back to their whole “end of an era” conversation. 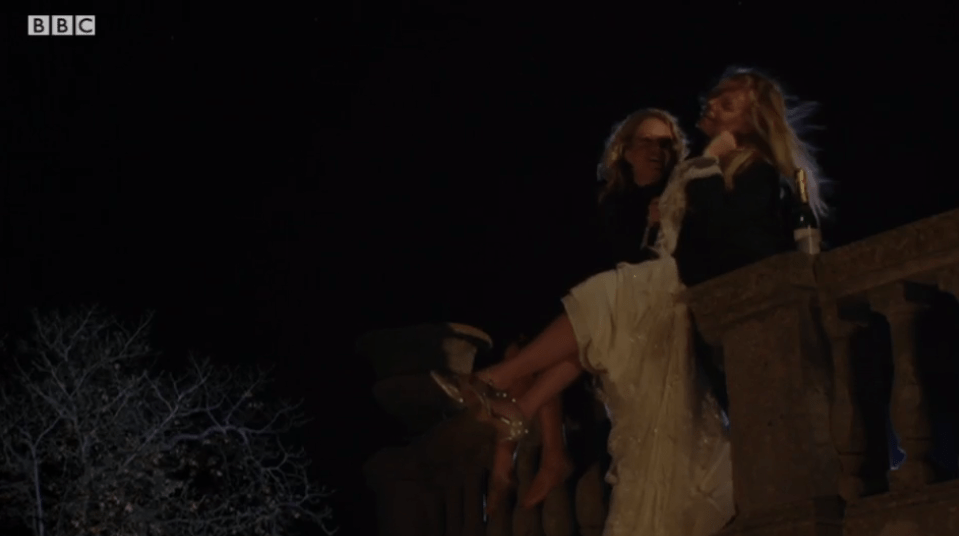 I’m not saying I agree with killing the sisters off, but I will say that if they were going to go it was always going to be under these circumstances and we should all appreciate what Eastenders accomplished with that episode. Let’s not forget that Eastenders have had some awful storylines, getting it wrong on a number of occasions so let’s give them praise for getting it right. I feel people are not actually angry at how they did but just the fact that 2 great characters will no longer be on our screens. If they wanted to kill someone off so bad, they should’ve just topped Lee, I mean we were all prepared for that.

But I mean this is Ronnie Mitchell, maybe she faked her own death and will come back in a few years…