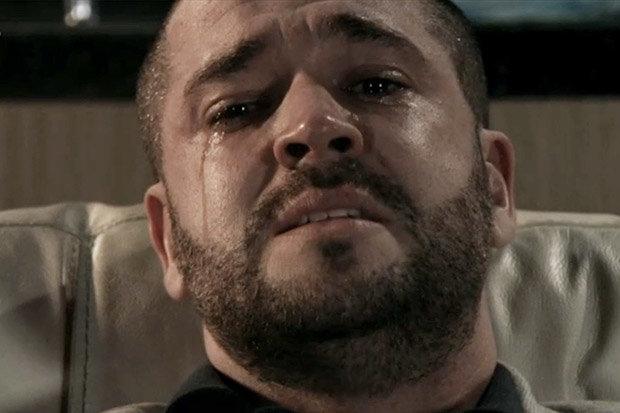 It truly was an emotional end.

Let me just start by saying I think it is great that Coronation Street are raising awareness for such an important subject. It will literally save lives. And thank you for Shayne Ward for giving such an impressive and believable performance. You will truly be missed. However this post isn’t about the subject matter itself. It is more to do with the execution. I feel like I need to say this as I made this tweet yesterday and I think some people who replied completely missed the point.

If you didn’t know Aidan was going to commit suicide tonights episode would’ve made little sense. I didn’t know know and I was totally confused. It’s like the producers are expecting the audience to know spoilers now which is no way to watch television #corrie

So as the tweet suggests, my biggest complaint about the episode is that unless you knew Aidan was about to commit suicide the episode really didn’t make any sense. Well I mean the last couple of scenes. I like to keep myself from spoilers, so although I knew Aidan was leaving I had no idea how he was leaving. The events up to yesterday’s episode hinted that something was up with him but I thought he would just simply decide he had enough and leave the street. But again, kudos to Corrie for tackling such a sensitive subject.

So my experience watching the episode, not knowing that Aidan was about to commit suicide, all I saw was a man completely dejected from the family festivities then suddenly breaking down all alone in his flat. As the storyline has suggested, the signs are easy to miss. Also, someone crying alone in their flat doesn’t automatically mean suicide. So me being totally confused about what I had just watched I did what any normal millennial would do and consulted Twitter. It was then to my absolute amazement that people were talking about suicide. I asked the question how the heck does everyone know he’s about to commit suicide if they didn’t show it. Then I realised it’s because it was released in the press that this would happen.

So because of this we have an ending to an episode that doesn’t stand on it’s own. And I can honestly say this because I had no idea what was about to happen and I was bewildered by the ending. It just seemed as though Coronation Street was relying on its audience to already know what was about to happen and in my opinion this is really no way to watch television. Now I feel like I missed out on the impact of Aidan’s final scenes because they only work if you know what he is about to do. I think what actually would’ve been a better solution was to still have those final scenes but then allude to the fact that Aidan committed suicide. I don’t know maybe we see his lifeless body or we see him literally about to do the act.

But rewinding slightly actually the whole storyline would’ve served the subject matter a lot better if it wasn’t even released that Aidan would commit suicide. I mean the whole tragedy of suicide is that we sometimes don’t see the signs and it’s such a shock when it happens. Imagine the impact it would’ve had if the audience had no prior knowledge and it just happened. Now these are all just suggestions. I have a lot of respect for the Coronation production team and I know a LOT of research went into the storyline. So I am in no criticising what Coronation Street have done but these are just my thoughts after watching that last episode completely blind.

It was nice to hear that Shayne Ward did contribute to Aidan’s last scenes but having said this, this actually led to more of my confusion. Seeing Aidan in the pub then suddenly alone in his flat seemed very strange and I honestly thought we were witnessing some sort of flashback or fantasy. Again, totally works if you knew he was about to commit suicide but very jarring if not.

Anyway… I think that’s it from me. Just wanted to put that all out there. But overall congratulations to the Coronation Street team and Shayne Ward in particular. Its great to see such real and important stories being told in mainstream television. It’s a nice change from the complete drivel Eastenders is producing.
https://platform.twitter.com/widgets.js